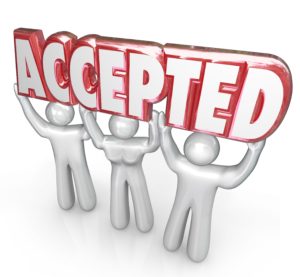 Your IVA will normally be accepted if the amount you are offering to repay towards your debts is reasonable. However this is not guaranteed. Your creditors can accept, modify or reject the proposal.

How is an IVA Accepted

Your IVA cannot start unless it is agreed by your creditors. Your Insolvency Practitioner (IP) will send them each a copy of your Proposal to review. They are generally given 2-3 weeks to do this.

At the end of this time a Creditor’s Meeting is held. The creditors are invited to attend the meeting and either accept or reject the Proposal. They could also request changes known as modifications.

You do not have to attend the Creditors Meeting personally. Your IP will do this on your behalf. Generally speaking non of your creditors will attend either. They will post their decision to your IP.

It is possible for your IVA to be accepted by a minority of creditors. For example your total debt may be £50,000. If only creditors to the value of £10,000 respond and the majority of these agree the proposal is accepted. It is then legally binding on all creditors even if they did not respond.

Can changes to the Proposal be requested?

Your creditors do not have to accept your IVA proposal as written. They can accept on condition that certain changes (or modifications) are introduced.

Common modifications are things like creditors demanding your monthly payment offer is increased. Alternatively they might demand an extension of the time over which the Arrangement runs.

If modifications are requested they only have to be implemented if required by the majority of your creditors (by value). If 75% or more by value accept the proposal without demanding modifications then the IVA goes ahead in its original form.

If modifications are requested by the majority your IP will discuss these with you. If you agree the IVA will be accepted including them. You have the option of withdrawing the proposal if you do not agree.

What if a creditor rejects your IVA

It is possible for any of your creditors to reject your IVA Proposal outright. If this happens it does not necessarily mean that the Arrangement cannot continue.

It is possible for the rejection to be outvoted by other creditors. If the others agree to the proposal and they make up more than 75% in value of the total voting creditors the Arrangement will be accepted.

Once an IVA is accepted by 75% of the voting creditors it is legally binding on all the creditors included. This is the case whether they responded or not and even if they rejected.

It is possible for a single creditor to prevent an IVA from starting. If they are owed more than 25% of the total debt and they reject the proposal it can never be accepted. The other creditors will never make up more than 75% by value even if they all accept.

Options if your IVA is not approved

If IVA is rejected by a majority of the creditors it cannot be approved. This might happen for a number of reasons.

In these circumstances you have a number of options. Firstly you could start the application process again. This would involve changing your IVA proposal to make it more acceptable. It could then be re-submitted.

Generally speaking you can only re-submit an IVA if the new proposal is materially different. It it is often a good idea to take advice from a different IP.

Alternatively you can decide to use a different debt solution. You could chose to start a Debt Management Plan or go Bankrupt depending on your circumstances.