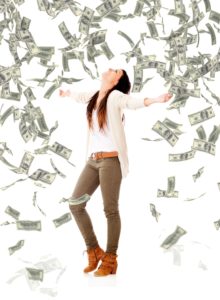 It is possible to claim for PPI after your IVA is finished. However the banks will often argue that they should not pay you your compensation.

The deadline for claiming for PPI was 29th August 2019. If you did not make your claims before that date you are no longer eligible. No new PPI claims can now be submitted.

You can claim for PPI after an IVA

Once you have your IVA completion Certificate there is nothing to stop you making PPI claims. The fact that you were in an IVA does not precluded from claiming now.

You can make claims against the debts that were in your IVA. You can also claim against accounts which you paid or consolidated prior to starting your IVA.

Do not start the claims process until you have received your Completion Certificate. Any compensation paid before you have this is treated as a windfall and will have to be paid into your IVA.

Your IVA company may have told you that they already investigated PPI claims on your behalf. If this is the case you can still make your own claims. It is highly likely that your IVA company failed to claim all the compensation you are due.

How much compensation could you get?

Before deciding whether or not it is worth making PPI claims it is useful to consider how much compensation you might be due.

It is never easy to predict the amount you could receive because it depends on a number of variables. This includes which banks you owed money to and the amount you owed them.

Generally speaking the more debt you had with a particular bank and the longer you banked with them the greater any potential PPI claim will be.

If you make PPI claims after your IVA is completed you could be due compensation of £3000 or more. (Source: Claims Guide)

The claims process itself is not difficult. However because you have been in an IVA the banks are likely to put up barriers to paying your PPI compensation.

The first argument they may use is known as Set Off. They say they are allowed to withhold your compensation and use it to reduce the debt that you did not pay them due to your IVA.

More commonly a bank may say they have to pay the compensation to your old IVA company. This is because you could have claimed during your IVA. Had you done so the cash would have been paid into the Arrangement. As such they say it has to be treated in the same way now.

Neither of these arguments is normally be valid. However the bank will normally refuse to budge and say you only option is to take them to Court. At this point you are likely to give up.

Can you get help with your claims?

Because of the difficulties in making a PPI Claim after an IVA it is normally best to get the help of a claims management company. Having said that larger companies may not want to help.

This is because if you have been through an IVA the claims process is more difficult. There is a risk that any compensation due will not be paid.

As such it is best to use a specialist organisation with experience in dealing with the banks and IVA Companies. You will have to pay a fee. However most reputable providers will not charge anything unless you actually receive the compensation you are due

IVA Expert is not a Claims Management Company. We are unable to help you with your PPI claims. If you want help you need to use a claims company regulated by the Ministry of Justice.