Home » How an IVA works » Cost of IVA 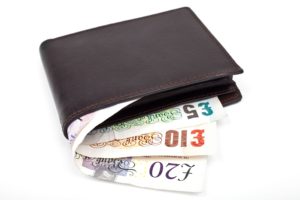 The cost of an IVA is not paid by you directly. Money is taken from the standard payments you make to cover the fees charged. You do not have to give extra to pay for the Arrangement.

How much does an IVA Cost?

An IVA is a formal debt solution. As such you cannot implement it yourself. You need help from a professional called an Insolvency Practitioner (IP). They will charge fees for the work they do.

The first amount they will charge is called a Nominee Fee. This is to cover the cost of putting the Arrangement in place. It will normally be around £1000.

After your IVA is up and running the IP will charge additional fees to meet the cost of managing it. These are called Supervisor Fees. These are normally charged annually. As standard they will be 15% of the money paid into the Arrangement.

Fees will only be charged if your IVA is accepted by your creditors. If the Arrangement is not accepted you are not charged.

How are the IVA Costs paid?

The fees charged by the Insolvency Practitioner do not have to be paid out of your own pocket. They are taken from the normal payments you make into your IVA.

This means that your creditors will not receive all the money you pay into the Arrangement. However this is accepted by them as the standard process. It is explained clearly in your proposal and is agreed up front.

You do not have to pay anything extra to cover IVA fees. They are deducted from the standard payments you make.

You might be concerned that your creditors will not accept your IVA when they discover some of your payments will be taken in fees. This is not the case. They understand the IP has to cover the cost of the work they are undertaking.

Do you have pay anything up front for an IVA?

You should not have to make any upfront payments if you are starting an IVA. The Insolvency Practitioner will carry out all the initial work without requiring a payment.

They will only be able to recover the cost of implementing the Arrangement after it is agreed by your creditors. If it is rejected they will not be paid.

For this reason it is unlikely that an IP will propose an IVA on your behalf unless they are confident it will be accepted.

Think twice if an IVA provider asks you to pay anything upfront before your IVA is in place. Most reputable companies do not charge anything before the Arrangement is accepted.

Does the cost of an IVA vary between different companies?

The fees charged by Insolvency Practitioners are standardised. This is largely due to pressure from creditors over the past few years. As such the fees vary very little between different IVA companies.

This is good news. It means you do not have to waste time comparing the cost of different companies. In addition there is no worry about your IVA not being accepted because your IP is charging a higher fee. This does not happen.

Each IVA company charges the same amount. You do not have to shop around to find the cheapest Insolvency Practitioner.